This article presents some information from a recent report on emerging nonvolatile memories projected growth as well as projections for the corresponding growth in capital equipment to manufacture these memories.  We also include some insights from the 2020 IEEE International Memory Workshop (IMW) on various emerging memories and especially magnetic random access memory (MRAM).

Emerging memories are well on their way to reach $36 billion of combined revenues by 2030.  That’s the finding of a newly-released report by Objective Analysis and Coughlin Associates: Emerging Memories Find Their Direction.  The emerging memory market will grow to this $36 billion level largely by displacing current technologies including NOR flash, SRAM, and DRAM.  New memories will replace both standalone memory chips and embedded memories within microcontrollers, ASICs, and even compute processors.

3D XPoint memory’s sub-DRAM prices are expected to drive revenues to over $25 billion by 2030, while stand-alone MRAM and STT-RAM revenues will grow to over $10 billion, or over two-hundred eighty-five times 2019’s MRAM revenues.  In addition, ReRAM and MRAM will compete to replace the bulk of embedded NOR and SRAM in SoCs, fueling even greater revenue growth.  The chart below shows projected baseline petabyte memory shipments from 2018-2030. 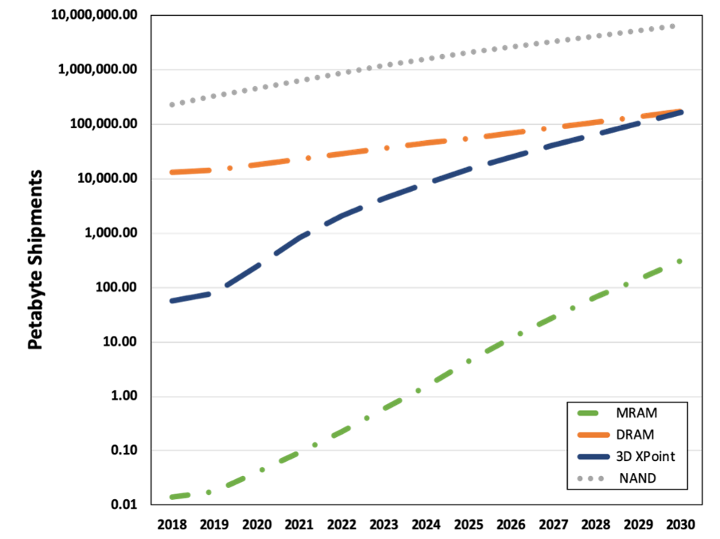 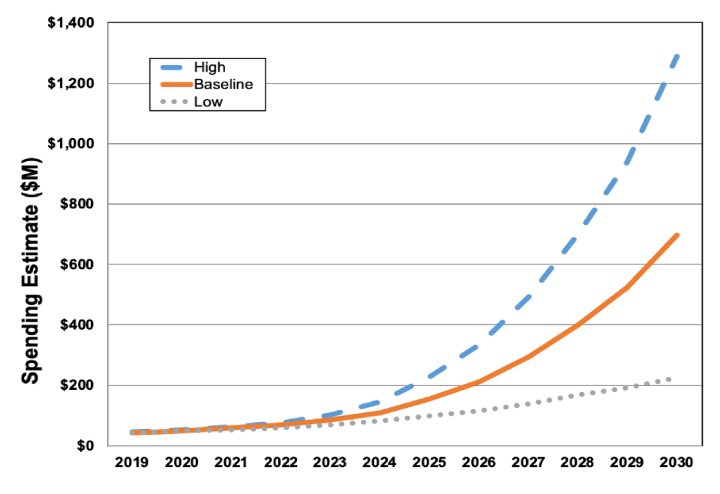